Why is Gemini located there?

of a wind farm

A normal map of the North Sea is covered in blue. So that means there’s plenty of space to start a wind farm, doesn’t it? Well, it works out differently in practice. And there are good reasons why the Gemini Wind Farm was built at this location, 85 km north of the island of Schiermonnikoog. At the time, Luuk Folkerts, now responsible for the permits and environmental monitoring, was closely involved in selecting the location.

Early this century, Luuk Folkerts was working for consultancy firm Ecofys and in that capacity he advised the developers of Gemini on choosing the wind farm location. Things were very different then, he explains: ‘Nowadays, Central Government designates the locations for which market parties can enter a bid. In those days, every project developer could choose their own location and apply for a permit for that location. And as soon as you had your permit, you could compete for the SDE subsidy from the State (Sustainable Energy Production Incentive Scheme, Ed.). It was important to be the first to submit a permit application for a location and get ahead of your competitors. That made the processes very competitive.’

The original Gemini developer, German wind turbine builder Bard, approached Ecofys in 2005 and asked them to prepare a Dutch permit application. ‘They were actually quite late, because the process of allocating the possible locations had already begun. There were at least twenty to thirty initiatives. They mainly involved the locations you could call “easy” – at a relatively short distance from the Dutch coast. So we started our search. With a checklist of criteria – for example, the wind must be strong enough, the location must be accessible for cables, the foundation must be suitable, and it must be possible to connect to the network onshore. Added to that, you must take other offshore user functions into account such as shipping and defence and also visibility from the coast. Not an easy puzzle then.’

‘At the time, every project developer could choose their own location

and apply for a permit for it.’

Luuk’s advice was clear: ‘Don’t get mixed up in the fight for the locations off the Dutch coast, I said. That looked like a quite hopeless cause to me. Because Bard wanted to keep control over the entire development and they were already active with projects off the North German coast, that was a much more interesting search area. At the start, there were ideas about possibly combining projects, especially in terms of maintenance.’ The latter never happened, but the North Sea above Groningen did turn out to be attractive for other reasons. ‘The Eemshaven turned out to have space on the electricity network. There was also no other party active there at the time.’ 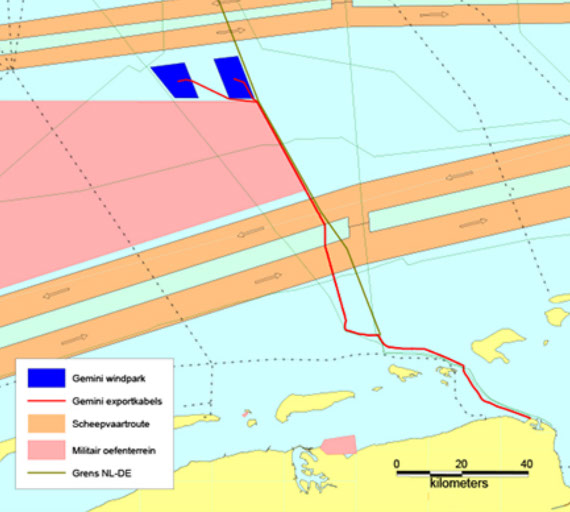 Zooming in even closer, the current location finally came into focus: ‘We ended up quite far out to sea. Between a shipping route and a military exercise area. That way, we stayed out of sight of the beach on Schiermonnikoog; that would no doubt have attracted a great deal of public protest. And an added advantage is that the wind is much stronger here! On the other hand, it meant that our cables to Eemshaven had to be very long, but the assessment still came up with a positive result.’ One complication was that the cable had to go through the Wadden area, a nature reserve with international UNESCO status. ‘Those natural values are very important. But the morphology also has a role to play: the seabed in that area is continually on the move. It’s a dynamic system.’ The location is restricted on three sides: in the north by a shipping route, in the south by a military exercise area for low-flying and air target exercises and in the east by the border with Germany. ‘There’s only a little bit of space left on the west side. So as you can see, what looks like an empty sea is actually quite a busy area. It’s great to see that Gemini was still able to secure this spot.’

‘We ended up quite

far out to sea. Between a shipping route and a military exercise area.’ 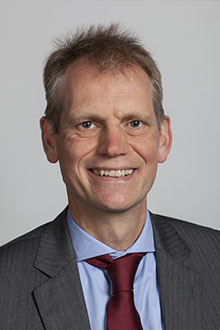 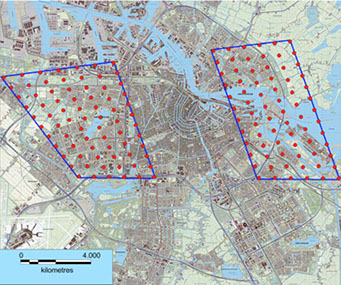 To get an idea of the size of the Wind Farm, here are the two components drawn on a map of Amsterdam city centre. 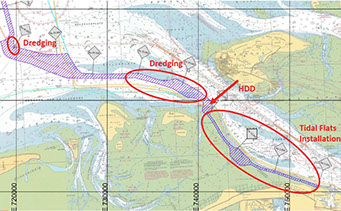 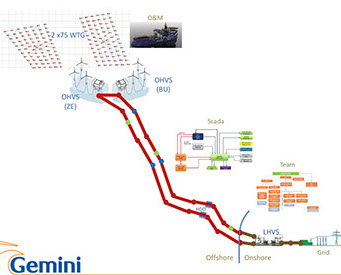 Fitting and measuring on the bottom of the North Sea. Both the location of the wind farm and the ‘route’ to the landing in Eemshaven have been mapped out very accurately.