‘Gemini was a real breakthrough

Director of the Wind Power Division at Siemens Nederland – it’s a job that David Molenaar has embraced heart and soul. Trained as a mechanical engineer at Delft University of Technology, wind energy has been a recurring theme throughout his career. No coincidence then that Gemini Wind Farm crossed his path. He believes that the importance of this project shouldn’t be underestimated: it has put offshore wind on the map in the Netherlands.

Wind energy has always fascinated David Molenaar. In the foreword to his doctoral thesis on wind turbines, he recalls that his father wanted to erect a windmill in the garden to generate electricity. That ultimately never materialised, but the subject has fascinated David Molenaar ever since. He is now working for turbine builder Siemens in a job that really appeals to him: ‘I’ve always regarded it as a huge challenge to work in a multidisciplinary environment on the cutting edge of economics, technology and social issues.

to reduce the number 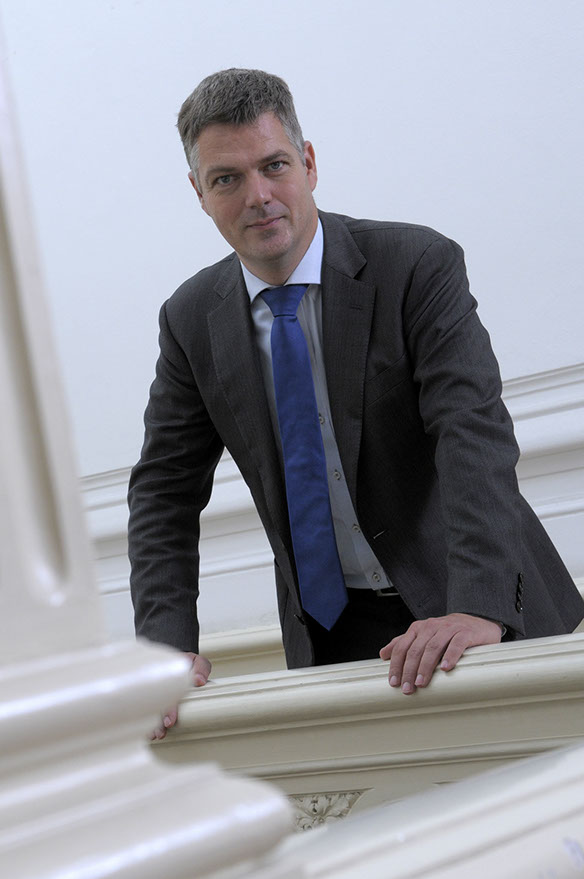 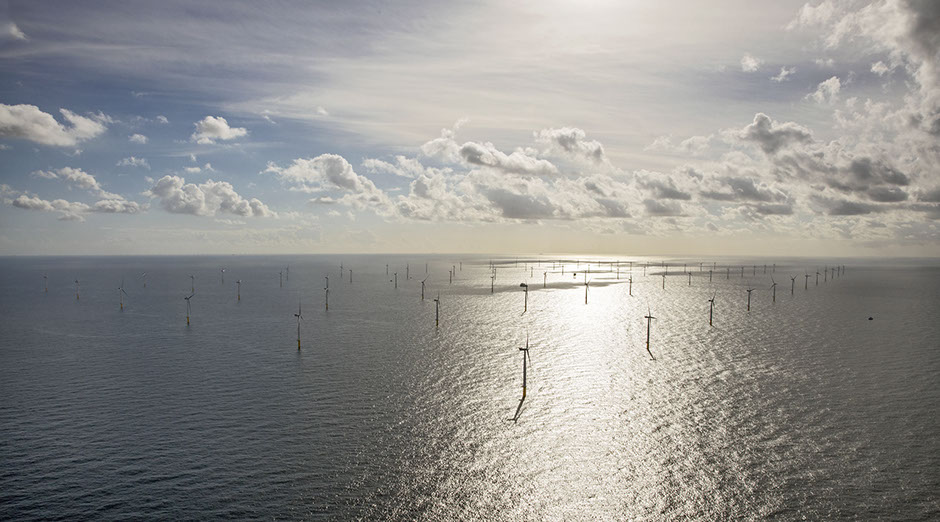 And that’s exactly the cutting edge on which Siemens is active.’ In 2004, Molenaar was given the freedom to start building the Dutch Wind Power Division: ‘I started all on my own. Since then, a number of large projects have given us a strong foothold on the seabed. We’re really well-positioned for the future.’

His studies in Delft are one of the things that inspired him to work together with technical universities. ‘We’re trying hard to boost the knowledge level in this new sector.’ In addition, the company is actively seeking to hold a dialogue with the political sector, with social and sustainability organisations and with other stakeholders. ‘Our CEO Ab van der Touw is playing an important role in this. For example, he’s been collaborating intensively with the Dutch Government to help draw up the Energy Agreement.

‘Gemini is the proof that offshore wind really works. And all the political parties

can now see that too.’

We’re consciously looking for that broad-based role in society.’ Molenaar makes no secret of the fact that his ultimate goal is to make the business profitable: ‘At the end of the day it’s about turnover, yield and employment – we’re very clear about that. That’s also what’s behind our drive to convince politicians that offshore wind energy has huge potential and must be stimulated. Especially because we noticed that the conditions for onshore wind energy weren’t very favourable. The lengthy permit procedures alone meant that projects often took years to complete, so that the turbines were using technology that had already become obsolete. That’s to nobody’s benefit, and it certainly doesn’t help the environment. For us, it was an extra reason to focus all our efforts on offshore wind.’

According to Molenaar, that approach is now bearing fruit: ‘With the Borssele lots being awarded to Dong and then Van Oord’s participation in the Shell consortium not long after, the energy transition is now a huge success.’ The realisation of Gemini has also played an important role in this. Molenaar himself came in contact with Gemini when Siemens submitted a proposal for the supply of turbines for the wind farm: ‘We were in competition and we studied the options very closely. By upscaling our 3.6 MW turbine to a 4.0 MW capacity, we were able to reduce the number of turbines from 168 to 150, but still with a total capacity of 600 MW. That really suited the then developers of Gemini.’

In the phase when Siemens had been selected as a preferred partner, Molenaar helped draw up the service contract to be signed for a period of 15 years. The focus was on Operations & Maintenance and also on the importance of Gemini for employment – particularly in the northern Netherlands. ‘Not many Dutch employees were deployed to build the turbines because they were delivered directly from Denmark. But the maintenance situation was a very different story. At a very early stage, we asked the Noorderpoort College in Delfzijl if they could train young men and women to perform the maintenance for us.’

A new training programme was created and a platform has now been set up for the entire country in which all the training programmes in the wind energy sector are harmonised with each other. ‘At a time when we’re adding 700 MW of wind farms every year, the demand for good personnel is increasing all the time.’ Added to that, there is the abovementioned collaboration with the universities, which in Siemens’ case are the universities of Delft and Twente: ‘Over the past few years, we’ve had the privilege of supervising 40 students and 15 trainees. That’s the perfect example of give and take. They learn from us and we learn from them. The perfect symbiosis. They graduated with an average final grade of B+, and we’re very proud of that. We also want to expand that working method to cover higher and intermediate vocational level (HBO and MBO), but then specifically aimed at O&M.’

‘I’ve always regarded it as

a huge challenge to work in a multidisciplinary environment on the cutting edge of economics, technology

Looking back, what was David Molenaar’s ‘Gemini moment’? He has a few: ‘The fact that people are now saying to us: What a great project! It confirms to us that we made the right decision during the first phase when we chose a new Siemens product – the 4.0 MW turbine. We recently experienced a great moment when all 210 of our turbines in the Netherlands were running at the same time and were producing electricity at (almost) full capacity. That gave me goose bumps. But it’s also great that Gemini has had excellent safety statistics up to now. Not forgetting the excellent cooperative relationship we’ve built up with Van Oord, of course.’ To summarise, Molenaar says he is very proud of a project that is being realised so successfully: ‘Gemini is the proof that offshore wind really works. And all the political parties can now see that too. It’s a fantastic source of energy for the coming decades. Gemini has been a real tipping point because we just went out and did it! That’s the best way of getting things moving.’